A Staffordshire-based housebuilder has sponsored a local resident who completed 70 triathlons spanning over 70 miles each in the space of just 75 days – raising more than £14,000 for mental health and addiction charities.

Vistry Group – which incorporates Linden Homes, Bovis Homes and Vistry Partnerships and has its Mercia regional offices in Stafford – donated £600 to the fundraising efforts of Andy Stone, a Bovis Homes customer who lives at the completed Sancerre Grange development in nearby Eccleshall.

A toe infection meant he had to take a four-day break halfway through, but he still managed to complete the distance in 75 days and is now awaiting confirmation of whether he’s a record breaker.

Andy’s partner, Sally Fenton, 42, said: “After being seven years sober, Andy wanted to raise a profile building his health and mental resilience to show people that there is a life after addiction and that even when you’re at the end of the line you can go on to achieve something big.

“When he first told me about the challenge, I thought he was crazy. He came up with the idea in lockdown when his mental health had seen a drop, so I was concerned how it would affect him mentally if he was unable to complete it. However, after he explained the breakdown and began his preparation, I knew he could do it.”

Andy prepared for the event by conducting 17 sprint distance triathlons in April 2021, followed by 35 Olympic distance marathons in August 2021.

Sally said: “The support Andy received was amazing. On the last day 400 people came to cheer him on. It has been especially great having Vistry’s support. The donation meant a lot and we couldn’t be more thankful.

“Angela, who is a customer care advisor at Vistry, has been amazing. She attended the final event in support of Andy which was so lovely and has shown consistent support.”

Freya Halsall, marketing assistant for Vistry Mercia, said “Hearing Andy’s story was so inspiring. This is an incredible challenge with such a great cause. We are very happy to have supported his fundraising efforts and hope he continues to inspire and motivate those struggling with mental health or addiction.”

To find out more about Andy’s challenge, visit https://www.justgiving.com/team/Guinnesswr70consecutivetriathlons

Vistry Mercia is building homes across Staffordshire, Cheshire, Shropshire and the West Midlands.

• Andy Stone during the triathlon challenge, in which he was sponsored £600 by Staffordshire-based housebuilder Vistry Mercia. 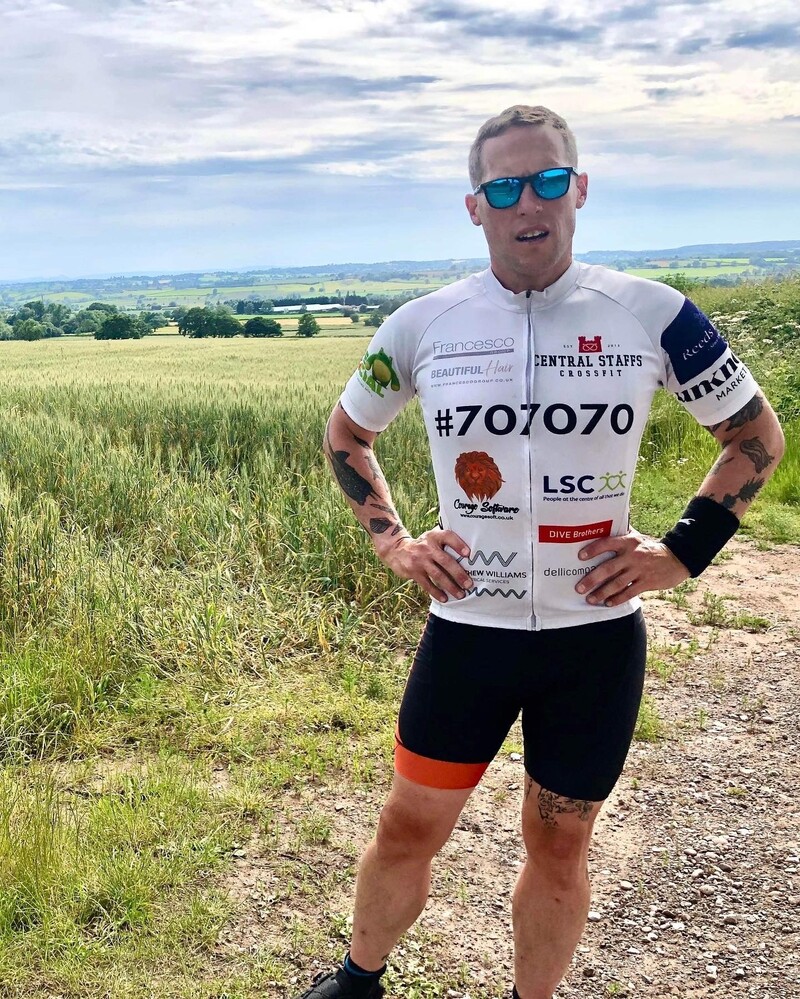